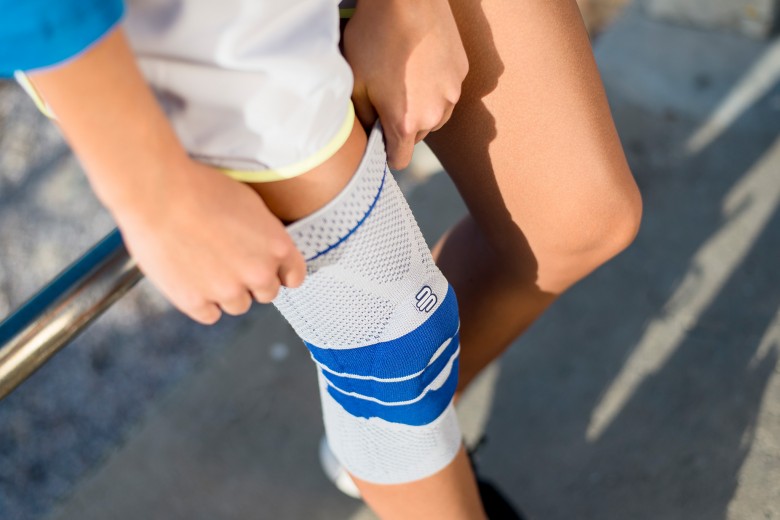 A recently evaluated treatment series with the GenuTrain included 620 cases from nine countries, supplying figures relating to patient satisfaction based on its effect. This knee support was prescribed most often for knee pain as well as inflammation, or in the case of instabilities.

Two thirds of patients were exercising prior to the injury, one third was not taking part in any sporting activities. During the course of the treatment, the GenuTrain scored points with its pain-reducing and stabilizing effects.

At the end of therapy, 79.7% of patients reported pain relief to be “good” to “very good” when wearing the support. For the subjective sense of stability, the figures increased to even 87.5%. This all-time high corresponded with improved mobility: at the point of foreseeable recovery, 83% of patients reported that they were experiencing no mobility restrictions in their daily lives. At the time of diagnosis, about 72% mentioned restrictions. Simultaneously, the measurement of the patients’ range of motion, in accordance with the neutral-zero method, showed improved flexion and extension in the knee joint.
These figures are part of the results of an international case series. In the period from July 2015 to March 2016, a non-interventional Bauerfeind study documented 1,651 patient cases from nine countries where injuries were treated with supports and orthoses.
GenuTrain

Note: HTML is not translated!